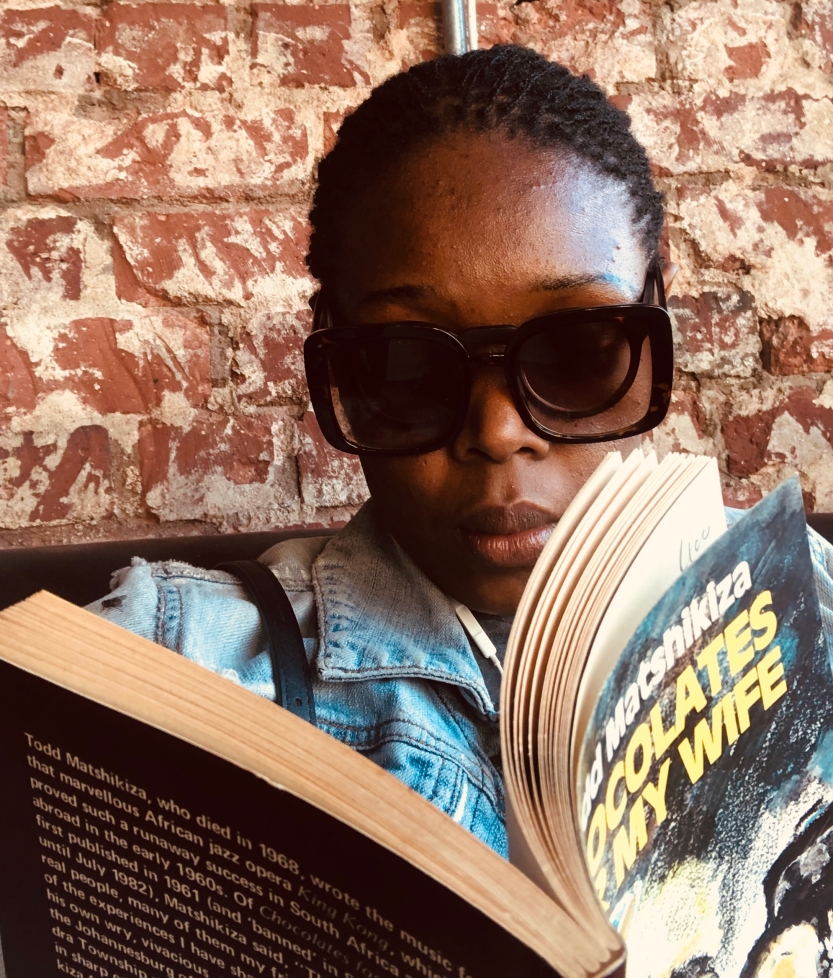 Acknowledgement;  (noun) Acceptance of the truth or existence of something.

I enjoy reading acknowledgement sections in almost every book I pick.

Acknowledgements are like dessert after a delicious meal or an appetiser to a hungry or picky eater. Sometimes when I feel quite daunted by a particular book or if I don’t have enough time, I skip the entire book altogether and just read the ackowledgements. It’s a bizzare book-habit I have. But it gives me such pleasure and a sense of completion and peacefullnes. On very rare occasions when the first line, synopsis or descriptive blurb in a book don’t draw me in enough, I read the acknowledgements just to be certain the book is still not worth reading. I enjoy them so much. I get a good feeling from it because in any book or project the people that get you to the finish line, are the most important.

So, some of you may or may not know that I have been writing my first book for the longest time (nine years and counting…). Almost every writer I have discussed my book with in the past five years has since published theirs. I have bought and read their acknowledgements, some others I am still to read but their books do exist in the world while I am still “working” on mine.

It’s been a slow and painstaking process which has been hitherto unexplainable.

A few years ago while writing a third or fourth draft, a family friend from abroad came to visit us.  While we  exchanged pleasantries he also announced that he had just published a book, in fact, it was his second one. In effect he was a published author of not one but two books!

We were eager to see  it. He told us not to worry he managed to save a copy for us, since they were flying like hot cakes. The book had a handsome photograph of him in the front cover. He opened the first page which he dully autographed with a wide satisfied smile on his face. He was so pleased! We were also pleased for him and proud.  I could not wait for him to leave so I could start reading the book. I opened it and as usual read the acknowledgements section. Then I turned to the first chapter which had a bible verse, a short explanatory paragraph followed by blank lines.

I paged through the book and found that each chapter followed a similar pattern to the first. You cannot believe how astonished I was; here was our friend happily signing autographs in a book which had more blank pages than text. And yet he was a published author!

I was incredulous but kept my thoughts to myself and forced myself to believe that our paths are different. I repeated the “I am beautiful, in my own way” mantra. Still his book is in our shelves with his large autograph, while mine is in fragments. I was still knee-deep in a sea of words I couldn’t seem to organize into a comprehensible manuscript.

A few years after his visit I took a year- off, to work on the hundredth iteration with my editor(s) and in my mind I was done with it. But when I went back to re-read it recently, I realised something I hadn’t considered before. My book has no acknowledgements; my favourite section in every book is absent from mine. The acknowledgements section is still empty. Which means I don’t have a book, yet.

The fact that acknowledgements generally make up the shortest chapter in a book has not made them any easier to write. Who do I include and who do I leave out and why?I have found it really hard to close this chapter, it’s almost as if I have been waiting for something or someone to give me permission to go ahead, it feels almost incomplete. So meditating on this week’s truism from Paolo Coelho’s blog, clarified the confusion because it’s true that;

“…  sometimes the people you expect to kick you when you’re downhill are the ones to help you get back up.”

Thinking about all the people who helped me get back-up when I expected them to do just the opposite has made it easier for me to finally get down to writing my acknowledgements. It’s the people who have extended a helping hand when I could barely breathe. The ones who stood by and next to me when I was choking on my own words. I know for sure that I didn’t deserve such kindness. I suppose it’s not enough to say “Y’all know who you are” which is what I was most tempted to do. I will thank each of you by name because quite literally, the book cannot exist without you.

One thought on “Acknowledgements”