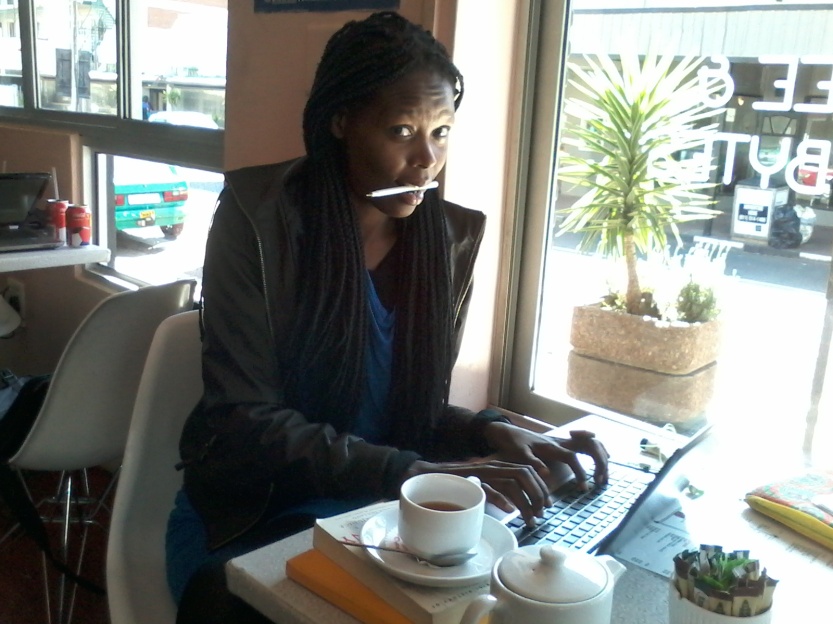 The last time I went to watch a play with someone I didn’t know that my life would be changed forever.  He sat next to me and I next to him. He didn’t know what the play was about he told me. He didn’t seem excited about it. It was just part of his job. I chose not to probe and focused on the stage which shimmered with console glass bottles. I had seen many plays at the market theater, but this was the first I was to watch without knowing the subject.  I was curious. It was a Sunday afternoon, the second to last show. And I cried from beginning to end.

“I didn’t know, I’m sorry” he said looking concerned. “You couldn’t have known” I responded willing the tears to stop flowing ” I didn’t know myself” I said incredulous at the turn of events. I was moved. I wanted to reach out to the director and writer of the play Gina Shmuckler, but I didn’t know just what to say. Thank you I murmured. Surprised at myself for not knowing. We sat across from each other and I wanted to tell him the reasons behind my tears. The reasons my innocence had been lost. The reasons I didn’t call him honey anymore. The reason I didn’t believe it when he said he loved me. The reason I refused to see it in his eyes.  I didn’t know. The thought seemed hallow, empty. How is it possible not to know?  My wall had been cracked. Now I knew.  So I went searching for answers. ” At some stage journalists who  have done conflict reporting, at some stage in their lives, they will suffer from Post Traumatic Stress Disorder”. There was a name for it. PTSD. Post Traumatic Stress Disorder. My former editor’s words kept ringing in my head.  I looked at him, wondering why didn’t you tell me? Why did you let me go? “I couldn’t take a shower,  the water felt like bullets shooting through my skin” .  “The smell of dead bodies stayed me for weeks after that”.  ” We stumbled on eight dead bodies”.  Why did I want to be a journalist. Why did I think all those deaths would not affect me. ” I’m fine”  I told all concerned. I dreamt of being a foreign correspondent.  I was already jumping over dead bodies here in my home country. I was  doing the body count with the police in the Natal Mid-lands. I was already speaking to emaciated shells of people waiting to die. I was already faced with hungry starving children. Barren poverty. I was already in a country at war with itself.   I didn’t need to see lifeless ashen infants who had been dug up from mountains of crumbled concrete. I didn’t have to watch the wild crazed eyes of a man who had just been drinking coffee with his family yesterday, and today was left alone in the world. His entire family wiped out in single strike of a joystick. His wife, daughters, son-in laws and grandchildren. Gone as if they never lived. Not even a single picture left.  I didn’t need to know what it felt like to stand when the earth beneath your feet was shaking giving way to unmarked graves for the innocent.  I didn’t know what it was like to be a moving target.  I had never been to a deserted town  left full with all the material possession we kill for. I never cried. In all those years I never shed a tear. And this one small play, this little play about understanding violence and xenophobia. Brought so much grief – I didn’t know that I was already healing. I was starting to feel again. And it hurt like hell.  I thought I was fine.  I didn’t know. I thought I was a strange person. I thought something was wrong. But not this. Not my job. Something was wrong.  Without being aware of it, I had stopped believing in love. I had started to blame myself for the ills of the world. I had seen the dark side of human beings. Mothers who were willing to sacrifice their children for a war they found raging. Boys who smiled and laughed and praised their peers for being martyrs. What am I doing here? I’m Jedi. The sweet girl, who calls people honey. Who gives affection freely, effortlessly, who loves life, a girl with a spark in her eye. What was I doing in a war-zone. What was I doing in a bunker. Hoping to see another day. Why was this man telling me not to fear, the sound of sirens, silencing my prayers to live to see the sun again. Who am I? I only panicked six years later. I only felt the cold embrace of fear years later. I would wake up at night panicking, I don’t want to die, I don’t want to die”  My heart would race when leaving a loved one  as if I would never see them again “don’t leave me” I would cling to them irrationally. I knew what fear tasted like. I was rational in irrational circumstances. Now I had become irrational in rational spaces.  I was afraid of being alone. I was petrified of crowds.  ” When we heard that you volunteered” my father said over dinner ” we decided to leave it to God” .  How could I not volunteer? Being a war correspondent was the ultimate mark of a true and fearless journalist.  “black bags meant for garbage are prized possessions here” I read the line over and over stuck on it like a lost soul. ” what’s wrong with you” remarked a colleague ” why do you hesitate to ask questions” he said taking the mic from my hand and showing me how it’s done. How to ask direct questions to  aid workers helping victims of xenophobia  in 2008. This story left me numb. I envied his ability to just ask ” what are you doing here” as if he could not see “black bags meant for garbage are prized possession here” . ” where should we go, we have nowhere to go” Mother and fathers left with nothing but the clothes on their backs looked to me for answers. How do you tell the same story again and again? I don’t know. But the voices wouldn’t stop”where am I supposed to go?” What did we do wrong? What are we supposed to do?”

The last time I went to a play  alone, I was looking for a venue to stage my news play Lindiwe! I had found a way of telling a story of a life I never lived. Like Gina Smuckler.   Laughter hovered over empty seats. The actors improvised. Lindiwe was already on stage. She had us all mesmerized. Such striking beauty. For my presence I was awarded  with a  honey pot.

The last time I went to a play I was in it. I  was writer, director  and actress. I performed to an international audience. They had no idea what was going on. They all watched in awe  as I stripped  down to my bare bones, howling like a crazed animal.  Naked and Cold. “Black bags meant for garbage are prized possessions here’ “It’s not my fault’  “You don’t deserve this” The voices were fading.  It didn’t hurt this time.   “We thought you were a journalist”  They didn’t know.

I am this person.

Now I know.  24 years later I can tell my ten year old self – the beautiful, curios little girl who never ever wanted the story in the book to end. I can say  honey you’re a writer and a damn good one!